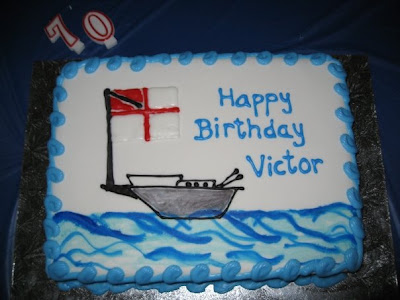 Wow - my head is spinning thinking about all that food. How sweet of you to do all of that for your FIL.

Back to back weekends of love, fun, friends and family. It was a great time at both and very satisfying. My extreme gratitude to all the friends and family that helped make my father's day something extra special. But, to my wife, something extra as neither of the two events would have happened without all her hard work and dedication to family. I love her so much and I thank the Lord (or another prophet of her choosing) for her.

Oh my gosh! I am in awe of the events you planned and pulled off. Although baking is my thing too, I doubt I would have gotten further than a cake. Wow!