So, those who've been with us for the last while know we've got 3 embryos on ice waiting for us to do our final FET. Before we went ahead we wanted to make sure that there wasn't anything we or the doctors had missed that might point to why the previous 4 cycles (2 fresh DE and 2 FET DE) had failed.

The results from the bloodwork my OB did revealed that I was heterozygous for MTHFR. This in itself doesn't mean that's why they cycles failed, just that it may have contributed to everything overall. The OB then sent me to an Internist to see if she had any other insight.

I saw her last week for followup on the bloodwork she had done. She had sent me for T3, T4 and TSH, anticardiolipins and redid the lupus anticoagulant screen. The latter two tests didn't show anything unexpected and my T3, T4 and TSH were all within normal ranges (3.9, 15 and 2.32 respectively). So again, there's nothing definitive as to what could be contributing to the failed cycles.

So, it's good news in a way but bad news if I was hoping for something to be "wrong".

So, meanwhile, I have been taking 5mg of folic acid since the beginning of the year. I've been trying to get more exercise as that was something the internist said was important, more so than reducing body weight (although I'm trying there too).

We're planning on doing the final "Hail Mary" cycle in April. I should be seeing CD1 this week so I'm going to go into the clinic to reacquaint them with me (it's been 6 months) and make sure they don't need to do any blood work (I doubt it), give them copies of the blood work results from the OB and Internist, and find out the costs for 2010 since it seems they're in the process of updating the website. Based on this appointment we'll decide if we're going with early April or late April.

So, this is where we are. I'm sorry I've been AWOL for the past while. There's really not been anything going on here to report on. I've been reading blogs and commenting occasionally and keeping up with all of you.

Thanks for reading (if you still are).

Oh and if you're just here for the cakes...this is the latest one. V thought the character looked like Cart.man from Sou.th Par.k. 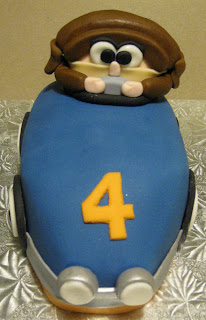 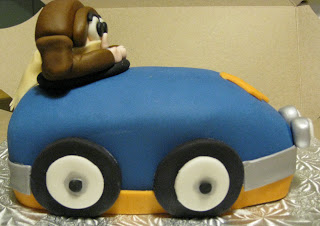 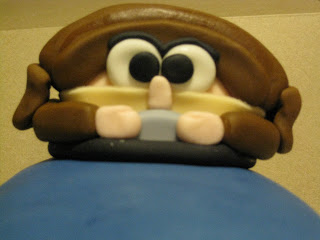 Lions and Tigers and Bears, oh My!

Okay, well maybe monkey and rabbit and frog and pig and lamb....

What am I talking about, you ask? Well for the past couple of weeks I've been taking a couple of one day project classes for figure molding. Figure molding is the "art" (I use that term loosely in connection to me) of molding gum paste into figures to use as decoration on cake projects.

A few months ago I also took a one day class to make a shoe out of gum paste. These are popular on bridal show cakes... I think it turned out pretty good.

Check it out! And while you're at it, check out who else is at the front of the class for Mel's Show and Tell

And I'm sorry I've been away for so long...I didn't realize it was almost two months! 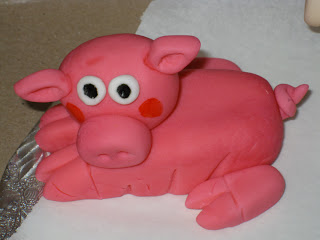 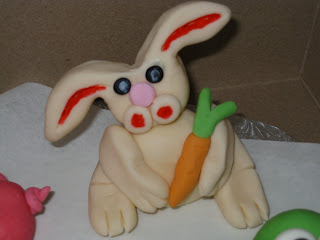 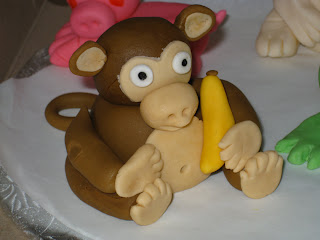 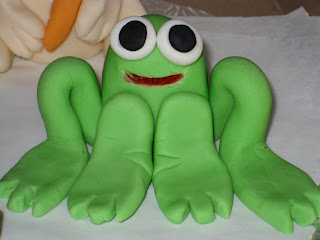 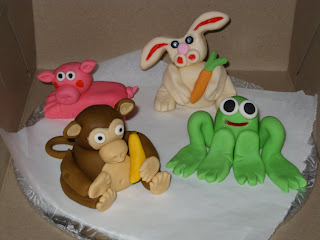 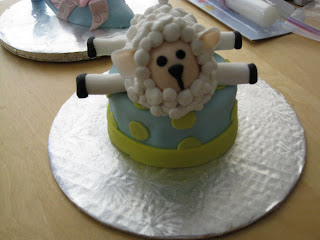 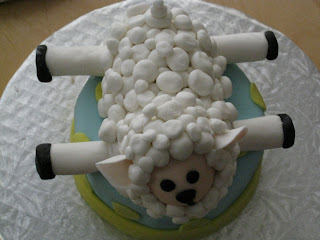 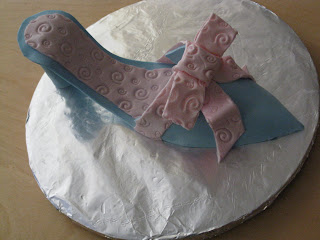