I'll make a frank confession right off the bat: this lay Roman Catholic missed EVERY single mass and celebration to do with the real meaning of Easter. No palms, no fasting, no masses, no nothing. AND my only fish on Friday was fried by someone in the Wendy's kitchen at the service centre outside of Brockville. I am ashamed of myself. Ok, enough self-flagellation (see Da Vinci code) and on with the weekend.

We left Ajax for Orleans late in the afternoon as I was trying to fix our Windows Vista Ultimate PVR. I got it working in a basic capacity but have a few hours yet to fix things properly. We got into Orleans, after a fairly clear drive, around 9:30PM, hung out with the family for a while before passing out for the night.

In the morning, Saturday, we were supposed to head out early to get a gift and a card for our friend's birthday but were a bit delayed. Our SIL treats us to a special breakfast almost every time we were in and we could not say no to her once she started so we resigned ourselves to leaving later than we wanted. I also had to fix the modded GPS because one of the files had become corrupted and it would not boot correctly. We finally hit the road at nearly noon to head off to seek a Future Shop (our SIL gave us mostly right directions), get a card and then get going on the road.

We were not in an area we are familiar with so got a bit turned around, plus I wanted to go to the 417 and not the 174/17 so I wanted it to reroute us as we headed in the opposite direction. Getting in the right opposite took some time though. We finally were oriented right, got some gas and road supplies and headed off to Quebec. Our path went through the border town of Hawkesbury, over the Ottawa river and shortly afterwards, into Lachute in la belle province.

We had a great time and the guest of honour was super surprised at the party we are told but had a great shocked look on her face when she realized we had make the trek down to be with her. There is nothing better than appreciation for one's effort and even though these are some of our closest friends, it still feels nice to be appreciated. My brother was sending game updates on the Blackberry (Leafs were in Ottawa laying a beating on the Senators. AGAIN. Tee hee.) We stayed as long as Pam could handle the three long-haired dogs without Claritin. Like a trooper, she lasted a lot longer in order to give me as much time with everyone as possible because we live so far and don't get to see everyone as much as we would like. The sign it was time to leave was when she started listing at the table and tugging at my shirt. We said our goodbyes and headed back to Orleans.

We missed the games (HNIC) but we hung our with our brother and our SIL until late. Actually, I fell asleep on them, they went to bed, I woke up and watched the highlights and did nerdy stuff till around 5AM and then went back to sleep. We got up when the little lads did, sent a message off to Gil and Denis, got dressed and went off to Perkins to meet them for noon. I am a fairly social person and so is my wife (now, :)) but there is always a bit of worry when you blindly meet new people. Will you get along? Will you like them? Will they like you? My fear was, after the introductions, the questions and answers about our trip, and the obvious blog-related discussions, that there would be this great void of conversation and awkward silence. My fears went unfounded.

Gil and Denis are two of the nicest people one can want to meet. We started talking when they walked up to Perkins and we stopped talking when we said our goodbyes. Even though these were new friends, it was like old friends meeting up again to catch up on old times. Things were so comfortable and easy that we were sorry we did not have enough time to continue. We made plans for the future though and will stay in touch. Pictures are pasted below.

Originally we had planned to leave the Ottawa area tonight but with all the timing and running around, we really had not spent much time with my brother, who is not well, and my SIL, who has a lot on her plate. It was not as important to get back home as it was to stay so we will head out in the morning instead. I got them hooked on Stargate: SG1 but Keisha has never seen the original movie. I brought the Ultimate edition along with us so we are now watching the Director's Cut of the movie. In the morning, we will head home, return to the normal flow of things and prepare for the work week.

V.
PS I included some gratuitous shots of our two nephews as well. :) 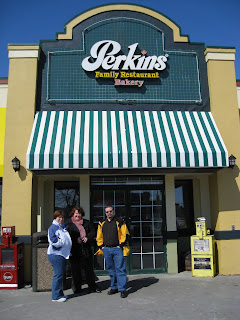 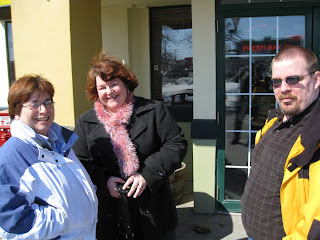 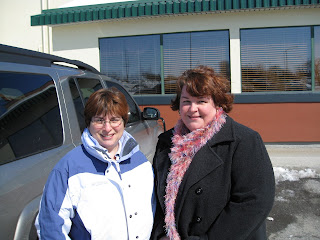 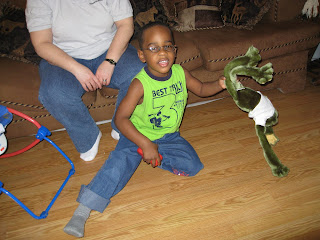 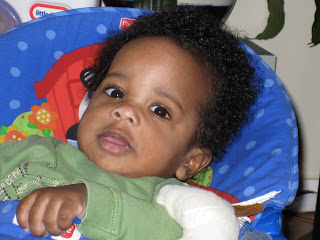 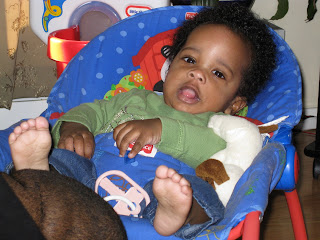 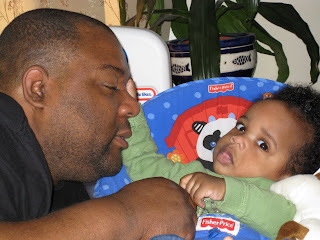 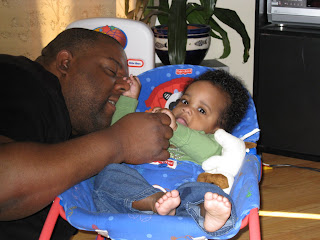 Love the photos and am really glad you had the opportunity to meet up with Gil and Denis. Happy Easter to you and all your family, V. & Pam.