So I was in for my lining check today. He said it was 12B which is what they want. I know the 12 is the measurment in millimetres, I believe. The B, he said, refers to the triple stripe appearance. So we're all good in that regard.

We're booked for transfer on Tuesday. They'll give me a call on Monday to say what time, but it's usually booked for mid day. Luckily V is able to get the day off which will be nice to have him with me.

So,starting tomorrow, I am adding doxcycline, twice a day, 4 medrol tablets once a day for four days, and the PIO shots begin. The medrol is new for me. I was told it was to help with implantation. What I found online was that it sometimes taken when assisted hatching is being used which it is for my frozen embryos. It is taken to suppress any inflammatory reaction that might occur between the embryo(s) and the endometrial lining.

So, hopefully everything will align and all these differences we're doing will have a positive impact.

And what would a post be without a cake..... Here's one I made last week for a class I was taking. 8" pina colada cake with pineapple buttercream filing and a coconut buttercream icing, covered with fondant and painted.

That's all for now. 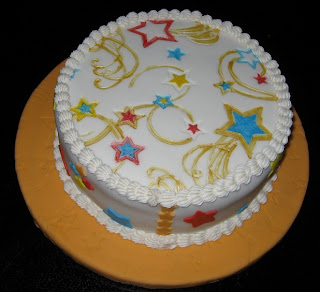 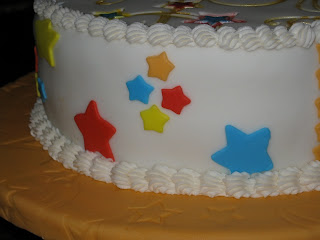 I've been following your blog from afar, so today I come out of the closet. Fellow GTA chickie! Very exciting news about your FET! I hope the transfer is smooth and easy! All my very best to you!

Medrol has always been a part of my protocols. Hopefully it's a piece of the winning equation for you.